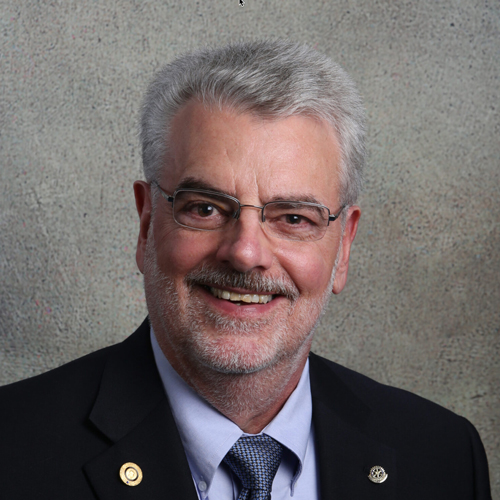 Gary Newton has been a Rotarian since 1996. He is a member of the St. Marys Club and is a multiple Paul Harris Fellow. Gary has served as President of the Northmont Club in District 6670 and was honored as that Club’s Rotarian of the Year. He has also served more recently as the President of the St. Marys Club in District 6600. In addition, he has served on the Boards of both Clubs and many committees.

He is a former CPA having worked in both public accounting and private industry. He also owned and operated Newton’s Book Store in Englewood for 19 years.

Gary is a graduate of Wright State University in Dayton with a B.S. in accounting.

Gary is married to Debbie, a Certified Nurse Midwife with a practice affiliated with Lima Memorial Hospital. Debbie is also a Paul Harris Fellow. They are the proud parents of four children living in Ohio, Colorado, Texas, and California, and six grandchildren.